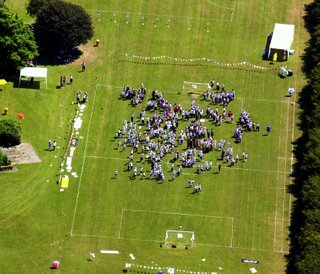 Lots of children waving for the banner flypast organised by Kent County Council at Newington junior school in Ramsgate today, to celebrate the mini-World Cup competition. More photos and some interesting shots of the Thanet seafront you can find by following this link.
No comments: 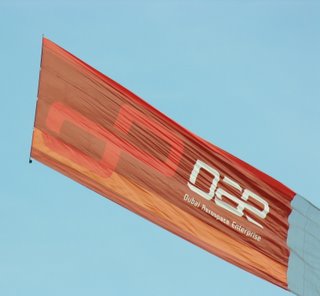 The organisers of the Farnborough 2006 Airshow in July have selected Airads as the company to fly a sheet banner for Dubai Aerospace on each day of the show.

Measuring approximately 20 by 70 feet, the banner will be displayed before the start of each day's air displays at this, one of Europe's largest aviation events.
No comments:

Another first for AIRADS as the Ministry of Defence asks us to fly a "Veterans Day" banner over the Imperial War Museum and Westminster for two days. 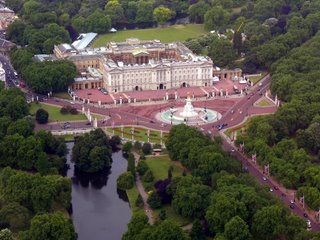 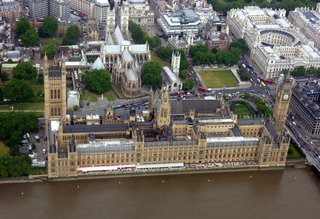 More photographs will soon be available for viewing in our photo library.

After the experience of joing the RAF Falcons for a ride to 12,000 feet yesterday, it wasn’t quite by design but I found myself as the first aircraft into the Kent Airshow today, towing a banner advertising “TerencePainter.co.uk – New Homes.”

Having checked the details with Manston air traffic, I was under the impression that I had until 13:00 to get in and out of Palm Bay and it wasn’t until we were airborne that I heard the Red Arrows were due to run through at 11:55; just giving enough time for us to run in and out of Palm Bay before we were run over.

I’ve just uploaded some more photos of the air show that you can fine by following the link.
No comments:

Takes More than Wind and Rain

Summer seems to have gone again as suddenly as it appeared and we're desparately trying to fly the banner in the photo opposite the Grand Hotel in Brighton this evening with the wind and rain very much against us.

Fingers crossed that we get there in time for the proposal and that the lady says "Yes" as a result!
No comments: 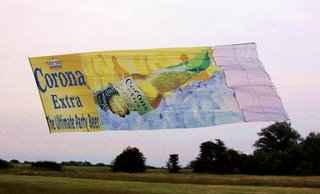 Field testing the Corona Beer sheet banner under the watchful eye of Captain Bob, in an evening's banner lifting "masterclass."

The really big ones like this, soon to be flown over Brands Hatch, present some real challenges to the pilot and the aircraft together!
No comments:

Airads has been asked by the Ministry of Defence to fly a ‘Veterans Day’ banner over central London on 26th and 27th June to celebrate the event at the Imperial War Museum.

In order to fly over central London, we’ll be using an Islander, twin-engined aircraft with a banner designed especially for the day. All we need to make the mission a success is good weather and the permission of the National Air Traffic Service (NATS) which is rather less predictable than the possibility of blue skies on the day.
No comments: 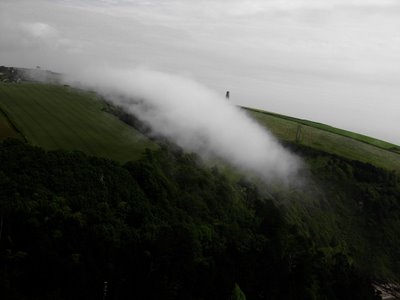 Towing a banner fro Exmouth to Dartmouth for radio station Palm FM today. Everybody appears to have been enjoying the sunshine and very sensible too.

One man's view of Dartmouth and the entrance to the River Dart earlier today. Pretty hot and sticky everywhere I went with almost as many aircraft up as there were cars jamming the roads back from the coast this evening 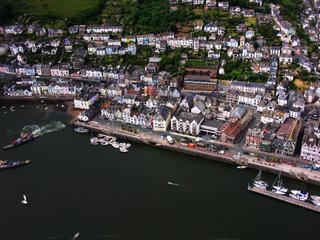 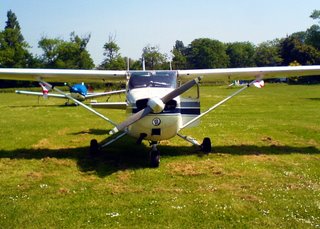 Over Bury St Edmunds and much of Suffok today for the police, publicising their 'Operation Crackdown" and I thought we might join in with the manic World Cup spirit by flying two St George's flags from the aircraft. Unfortunately, the flags, designed for cars, weren't up to the job of dealing with an aircraft slipstream at 120mph and shredded themselves in-flight.

Well, it seemed like a good idea at the time!

The News of the World decided not to position us over the Big Brother House tomorrow evening. originally, they had wanted a message with "England Won" on it but then they considered that England might not win, which would be waste of money, so another bright idea went out of the window.
No comments:

With both the News of the World and The Sun newspapers calling us over the last couple of days, Airads is now firmly into its peak season, with the summer sunshine appearing at last this weekend.

Now working almost flat-out on Saturdays and Sundays, A technical problem yesterday afternoon was the subject of some disappointment on the second of three missions in the south west and the aircraft is now back at base; laid-up waiting for a replacement part which we hope will have us back in the air for Suffolk Police on Friday.
No comments:

The Race is On 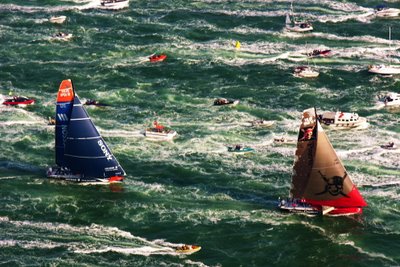 Another day at the Volvo Ocean Challenge for Airads, once again supporting the start of the next leg of the race to Rotterdam and the Sony Ericsson yacht.

See all the photos here.
No comments: