Out to Brighton on Monday for one of our popular 'end of the pier' proposal. Ravi proposed to 'Sexy' and she said 'Yes.' How could any girl refuse such a romantic and dramatic gesture?

Over at Brighton Beach today to fly a promotional banner for www.forgotyourphone.com.

The Jubilee Bank Holiday Monday started with awful weather but improved just enough to get airborne to Brighton for a display at 3pm.

Here's a look at Brighton Beach from the pilot's perspective. 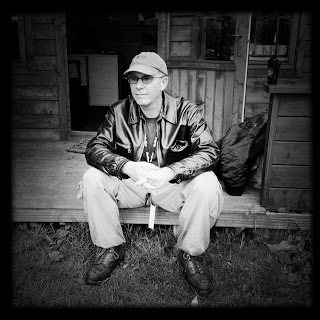 Saturday proved to be a bit of a trial thanks to the weather.

I made an early start off towards Wales with a banner asking the public to "Save QDG - Wales Only Tank Regt,' before any of the airfields at the other end were open, relying on a reasonably positive forecast and low  cloud lifting for around 9:30.  So making my way off towards Kemble to take on fuel for the job and skirting  around London on instruments, I wasn't too happy, when I called-up Kemble on the radio from about 20 miles out and heard they had a blanket of fog and a ceiling of 300 feet.

Everywhere else for miles seemed much the same and with limited diversion fuel and needing to make a decision I had to drop into Oxford for a full instrument approach, which popped-me out of the cloud at 500 feet above their runway. Just enough time to land, take-on coffee, full tanks and then jump back into the clouds towards Wales, hoping it would be a little better when I arrived, given the call I had made earlier, on the ground at Oxford to the owner of the small private airfield  at Abergavenny.

It wasn't. Descending from 6000 feet over the Severn Estuary, visibility was non-existent, which gave me quite limited options, as on the opposite side of the road from Abergavenny, there was a rising, 2,000 foot mountain or in this case, a cloud with a very hard centre.

Using both GPS units in the aircraft, I spiraled down looking for a gap in the thick cloud cover and eventually found one, quite close to the ground on the eastern side of the airfield; dropped quickly into it and managed to find my destination, more a stroke of luck than judgement.

After that most of the day was spent sitting at the airfield waiting and hoping for the weather to clear sufficiently to get airborne over Cardiff. The first schedule, which was a parade from the castle went out of the window and so did the second, which was the start of the Wales vs Barbarians match at the Millennium stadium but by 3pm, the cloud base had lifted just enough to get going and catch everyone coming out of the match; tens of thousands of red shirts, pouring into the surrounding streets and so everything worked-out in the end.

It just goes to show that even the most accurate aviation weather forecasts can be completely and utterly wrong, which is how unwary pilots encounter unpleasant and unexpected surprises. Here's a short video of the pick-up so you can see the conditions.