They Seek Him Here 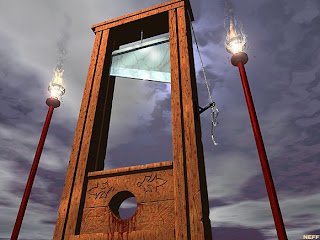 I'm just back from taking photos of 'Operation Stack' and the blockade of Calais harbour. I do feel very sorry for al those caught up in the chaos this is causing, with goods vehicles queuing for miles on the M20 from about the area of Leeds castle and P&O ferries sitting in Dover, going nowhere.

On the French side, to be honest, there is very little to see, other than a scruffy collection of French fishing boats strung out a mile or so from the entrance to the harbour, with a Coastguard vessel in attendance. Not really a blockade as I would have imagined it, more of a loose picket. I very much doubt that the fictional Captain Hornblower, Nelson or even Drake would have given them much thought in the past So the blockade will stand and Dover and the M20 are at a standstill with businesses and families marooned on either side of the channel, I'm sorry 'La Manche', unless they have a Channel Tunnel fare.

Visibility was pretty dire for most of the day but better on the French side by lunchtime with a strong wind blowing. I suspect I set a new personal best with Calais to Dover in 18 minutes with the wind behind. Alright for some I know and perhaps I should be ferrying luckless families back to Dover by air in the style of the Scarlet Pimpernel?

"We seek him here, we seek him there,
Those Frenchies seek him everywhere.
Is he in heaven?—Is he in hell?
That demmed, elusive Pimpernel."