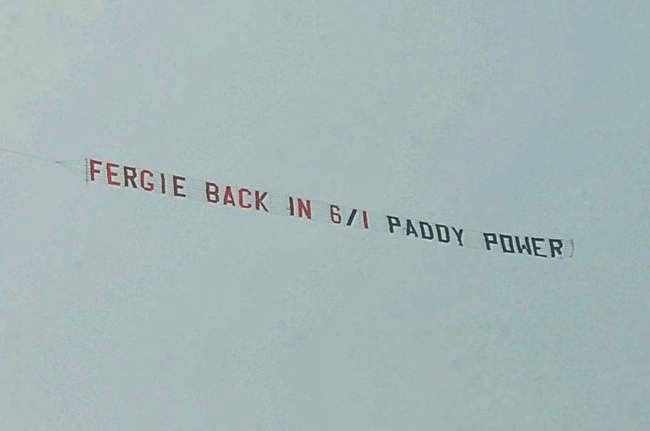 Eyes were on the skies at Old Trafford waiting for the ‘Moyes Out’ protest fly-past before Manchester United’s game against Aston Villa, but fans weren’t expecting a second banner to go overhead shortly after.

In the build-up to Saturday’s early kick-off, Moyes had simply dismissed the planned flyover – the £840 act funded by angry United fans – and said that it had merely made him more determined to succeed, despite the banner reading “Wrong One – Moyes Out” in a response to the regular “The Chosen One” that remains on show inside the stadium. 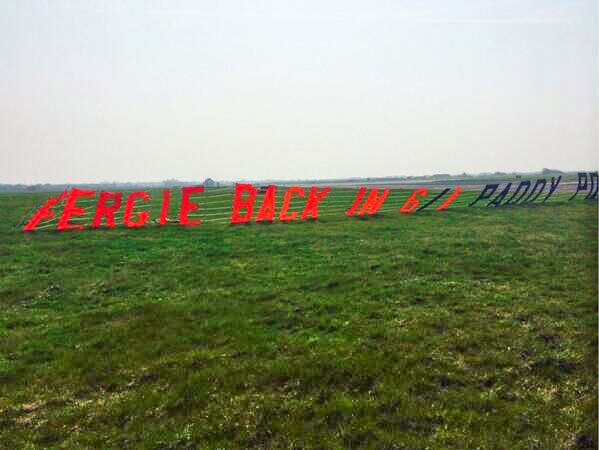 But bookmakers Paddy Power had a stroke of genius as they arranged an Airads plane to follow the widely ridiculed fans’ protest, advertising 6/1 odds for Sir Alex Ferguson to return at United boss. The PR stunt reading ‘Fergie back in 6/1 Paddy Power’ is the latest in a string of marketing ploys by the bookies, who last season trolled Chelsea striker Fernando Torres outside Stamford Bridge.