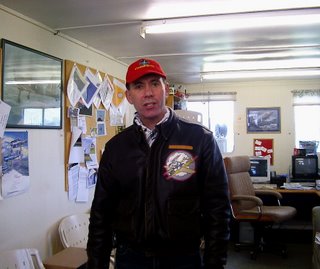 Our apologies to tens of thousands of Southampton fans this afternoon. We had three attempts to pick-up your banner, "Time to go, Rupert Lowe" this afternoon at Bembridge but the rising gale-force wind and turbulence from the surrounding hills, simply made the exercise impossible and increasingly dangerous.

With luck, we'll be trying again in two weeks the Millwall Game on April 17th but we understand your disappointment and that of the media, BBC, Sky and others.

Some good news, for someone at least. A young lady, Corinna of Bexhill, was proposed to with a banner this morning and she said "Yes". A good result on a day with a very disappointing ending.